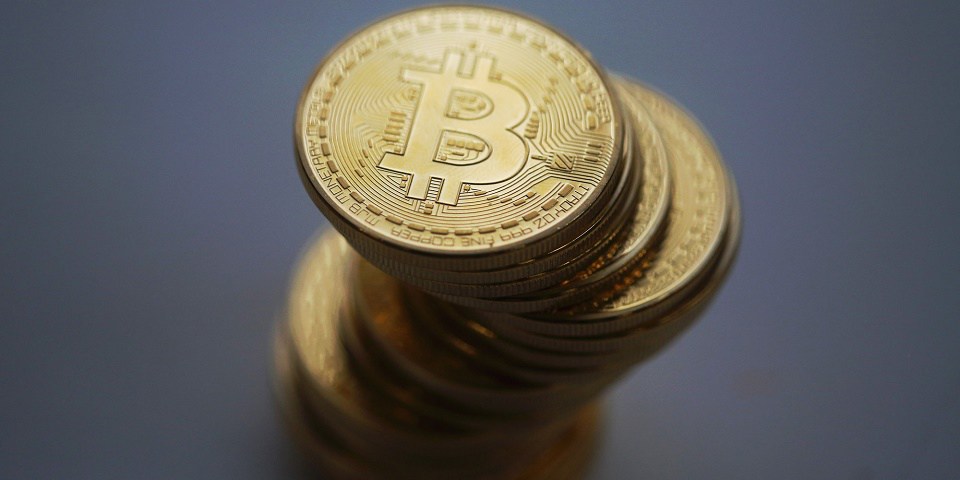 A collection of Bitcoins stand in this arranged photograph in Danbury, U.K., on Thursday, Dec. 10, 2015. Bitcoin, the digital currency, climbed on Wednesday to hit its highest levels since early November, amid fresh speculation that the identity of Satoshi Nakamoto — the virtual currency’s creator — may have finally been revealed. Photographer: Chris Ratcliffe/Bloomberg via Getty Images

A collection of Bitcoins stand in this arranged photograph in Danbury, U.K., on Thursday, Dec. 10, 2015. Bitcoin, the digital currency, climbed on Wednesday to hit its highest levels since early November, amid fresh speculation that the identity of Satoshi Nakamoto — the virtual currency’s creator — may have finally been revealed. Photographer: Chris Ratcliffe/Bloomberg via Getty Images

In April of 2016, Bitcoin price averaged at around $420 on most major Bitcoin exchange markets. Since then, over a period of 12 months, Bitcoin price tripled, increasing from $420 to $1257.

As previously reported, Bitcoin price is nearing its all-time high price set at $1,277, primarily due to the explosive growth of the Japanese Bitcoin industry.

Analysts expect Bitcoin price to increase consistently in the mid-term if key markets such as Japan and the US sustain their growth and if relatively small markets like India experience a massive change in regulatory frameworks for Bitcoin trading and usage.

For years, India was considered to be one of the more important markets for Bitcoin to penetrate because of the country’s poor banking system, declining financial platform and weak infrastructure. Today, local analysts and researchers note that 40 percent of Indian population remains unbanked.

The vast majority of households and individuals in India do not rely on banks or established financial institutions to manage their money for a few reasons.

Recently, the demonetization of 500 and 1,000 bank notes initiated by the Indian government led to a nationwide financial crisis, as banks and ATMs ran out of cash to dispense. Both the banked and unbanked populations of India have been struggling to obtain cash to fund day-to-day operations and basic necessities ever since.

Moreover, research and professional services firms such as PwC revealed that by October of 2015, 233 mln Indians had no access to bank accounts. According to Times of India, a prominent local publication, a UN report further revealed that 43 percent of adults in India made no deposits or withdrawals in banks.

“I have nearly Rs 20,000 saved up from the last so many years. I never knew how to do bank work, so I never had an account. I’ve had no need for one, and now I am stuck with all the cash but can’t use it to buy my supplies. I have some money saved but all in cash at home, as I did not know how to deposit in the bank,” said a full-time professional who resides in India.

Over the past few years, major Bitcoin exchanges and service providers in India were not able to demonstrate an exponential rate of growth in terms of user base and daily trading volume. It was only by early 2016 that exchanges such as Zebpay and Unocoin began to see a spike in their user base and trading volumes.

One key factor that would allow the Indian Bitcoin industry to grow at a rapid rate similar to China, South Korea and Japan is the legalization of Bitcoin as legal tender and currency. The central banks of the Philippines and Japan most recently legalized Bitcoin as legal tender, to help their local industries to grow and allow the general consumer base to utilize bitcoin.

For Bitcoin to achieve mainstream adoption in India, a legalization of the digital currency by local authorities is necessary. If Bitcoin becomes legalized by the end of May as many predicts, and millions of new users from India emerge as a result, Bitcoin price will likely surge in the mid-term. Therefore, for the mid-term, the performance of the Japanese, US and Indian markets should be considered as reasons to hold onto Bitcoin as an investment.