Coinbase has added margin trading
to its bitcoin exchange

GDAX, the cryptocurrency exchange run by Coinbase, has added margin trading to the platform.

Eligible traders can now trade up to 3X leveraged orders on Bitcoin, Ethereum and Litecoin order books. If you’re unfamiliar with trading and exchanges, margin trading is when you borrow money from your broker to buy or sell more stock than you can afford. It’s essentially a short-term loan. By buying or selling on margin, traders can increase their leverage and buying power, potentially generating profits beyond what their own cash balance would have supported. This feature is mainly geared toward institutional investors. That’s because Coinbase has launched the feature attempting to fit within the boundaries of the Commodity Exchange Act.

This means that traders have to certify that they meet one of the qualifications to be allowed to trade on margin. While the full list is here, the requirements include things like being a corporation with a net worth exceeding $1,000,000 and trading on margin in order to hedge risks associated with your business. Individuals need to have a minimum of $5,000,000 invested on a discretionary basis in order to be allowed to trade on margin. By deciding to build their product within the guidelines of the Commodity Exchange Act, Coinbase has at least initially excluded a large segment of their user base. Other exchanges, like cex.io, offers margin trading to all users — but probably wouldn’t stand up to U.S. regulators.

For Coinbase, moving slowly and maintaining a favorable relationship with regulators is necessary if the company wants to stick around. The company explained: “we’re committed to working with regulators as the blockchain space continues to develop, rather than take on unnecessary risk just to get features out more quickly. Some other digital currency exchanges have decided not to do this. For us, the best approach was to carefully design our margin trading feature and engage with the CFTC to make sure that GDAX remains compliant.”

Additionally, the exchange isn’t currently charging interest or fees to access Margin Trading because they “believe that consumer lending laws require specific licenses to do this.” This move should also please Wall Street investors who were waiting on the recently denied Bitcoin ETF application. With the combination of margin support plus the strict regulatory focus, Coinbase and GDAX could be an ETF alternative for investors wanting to safely purchase bitcoin now.

Bitcoin takes a beating while rivals soar to all-time highs

Fears of a network split have shaken bitcoin while boosting ethereum, dash and monero 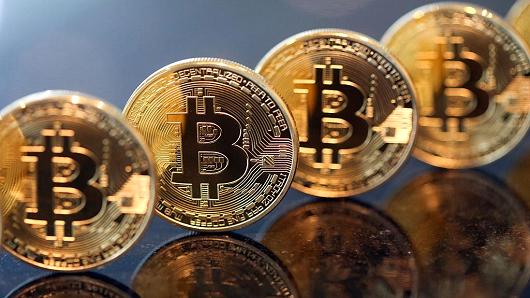 Call it the schadenfreude trade.

Bitcoin’s price is taking a beating, having shed about one-fifth of its value over the weekend. At the same time, its biggest rivals in the cryptocurrency space are ascendent: The price of a single ethereum token, the second-largest cryptocurrency by market capitalization, touched an all-time high above $50 over the weekend just as bitcoin’s losses were beginning to accelerate.

Bitcoiners have widely attributed the drop to fears that the bitcoin network might split in two, which is ironic: Ethereum suffered that exact fate over the summer when a contingent of its users refused to accept a mandatory software update that would’ve, among other things, amended the ethereum blockchain to return some of the $50 million worth of tokens stolen during the DAO hack. Bitcoin US-BTCUSD  traded as low as $947 a coin on Saturday, down from around $1,260 a coin on Thursday. That was its highest level since March 10, when the Securities and Exchange Commission rejected a proposed rule change that would’ve allowed for the creation of the first bitcoin exchange-traded fund, sparking a brief selloff.

The two moves are likely interrelated: Data provided by CryptoCompare, a company that supplies data and analytics about the cryptocurrency market, suggest that ethereum has largely benefited from bitcoin’s decline: The bulk of trading in ethereum has been conducted in bitcoin, trading volumes show, suggesting that worried investors are swapping their bitcoins for ethereum. Ethereum isn’t the only cryptocurrency benefiting from bitcoin’s selloff: Dash, the third-largest cryptocurrency by market cap, broke to an all-time high above $100 a coin on Monday. Monero, the fourth-largest digital currency, touched an all-time high above $20.