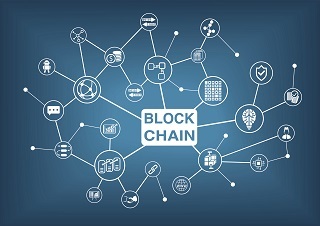 Blockchain has created a huge amount of buzz in the financial services industry since its official
debut into the market in 2009.

The question of when blockchain will go mainstream is yet to be answered, but there is constant speculation around the topic. However, the technology has been widely recognized by financial services and industries are slowly coming around to the idea of moving to a decentralized consensus system. Blockchain technology is a useful tool that can be used to assist banks in trading assets, reducing back office costs, and helping with real estate transactions. As momentum builds behind blockchain, industries are realizing the potential behind the technology.

But is the industry as knowledgeable about blockchain as perhaps we expect it to be? We’ve gone back to first principles and broken down an explanation of blockchain into what it is, why it’s powerful and what its main components are, to give a clearer understanding to the transformative technology.

What is blockchain technology?

Blockchain technology is a platform for verifying and recording transactions made digitally that can’t be erased at a later date. The Blockchain is a decentralized platform that relies on cryptography instead of a central authority which makes the platform unique to the digital banking sphere. It is the underlying technology of Bitcoin. It can transfer value or information in a secure manner and facilitate secure borderless transactions.

In the context of Blockchain for business, the technology has four major components:

A Blockchain is "a new type of database" “A database which can be safely shared by multiple organizations, but no individual party has full control over it. That’s how it differs from traditional database platforms where even if there are multiple people using the database, there’s always one party who has ultimate control over who can read, write and connect to it.”

Banks and businesses are interested in blockchain because it provides transparency for transactions. “People are interested in Bitcoin because first of all, it’s technologically interesting. It’s a combination of ideas that’s may have been used before but the way they’re put together and the end result is smart and unique. The second reason is because it enables censorship free digital finance: That is a goal that has never been achieved before. The idea that you can transact digitally with who you want, without there being any central place that can be pressured or switched off is new. The third is the endless speculation in the price, as it goes up and down. It’s an endless story in itself which keeps people interested.” says Gideon Greenspan.

“People are interested in private and permission blockchain because they offer the possibility of making certain types of IT systems more efficient. This affects IT systems of multiple organizations where companies need to communicate with each other.” he adds. “It can be viewed pragmatically as an another useful tool for the IT toolbox. The Blockchain isn’t specifically for financial technology, it’s a database technology. The product that you’re building in the company takes the angle of the database rather than being specific to financial ledgers.”

What is a distributed ledger?

Basically, a distributed ledger is a digital record of who owns what. As blockchain shies away from traditional database technology, there is no central administrator of the ledger and therefore no central data storage.

According to a report by the UK Government, a distributed ledger is essentially an asset database that can be shared across a network of multiple sites, institutions, businesses and geographies. Underlying this technology is so-called blockchain, which is invested in by people to create the peer-to-peer digital cash of Bitcoin. The algorithms in blockchain enable Bitcoin or other cryptocurrencies to be accumulated in ‘blocks’ and then they are added to a ‘chain’ of existing blocks using cryptographic signatures.

What problem is it attempting to solve?

The Blockchain is attempting to remove the third party ledger from transactions.

“If companies want to coordinate with each other through data today, they’ve got two main ways of doing it: Either they’re messaging, which means that their systems send messages to each other, and each system maintains an internal opinion about what the database is, or when an intermediary is created to maintain the authoritative data so that everyone connects to that database to write data and to read data. Blockchains are a third approach to solving that same problem of co-ordinating the data. So rather than everyone having control of the data, and rather than everyone putting ultimate control in the hands of an external third party, this gives a way for everyone to maintain independence but still have a guarantee that they’re fully in agreement with each other”, says Gideon Greenspan.

“If you look at the back offices in banks, a large percentage of the human effort that goes on after a transaction has happened is a reconciliation. That could be reconciliation between or across institutions – there are several checks to ensure the truth is maintained”, adds Keith Bear. “The two major drivers that Blockchain technology is aiming to solve is saving costs and something that has high reconciliation duplication or being able to do something new and generating new revenues streams from that”, Bear continues.

Bitcoin is the main cryptocurrency equivalent of cash. It is acquired, used and spent digitally through a ledger of transactions that ensures their authenticity. Bitcoin is a digital trading currency that can be used for payments applications. It’s an uncorrelated asset class, that use to be a role of gold.

“Bitcoin is an implantation of blockchain technology. What characterizes the bitcoin network is that bitcoin is just a database of who owns how much bitcoin. It’s open for everybody to transact, connect and generate with blocks which represent a confirmed transaction. The purpose is the movement of bitcoin itself. It’s the instant of a blockchain application although bitcoins great credit is the fact that it works is because it’s robust and secure; that’s where the interest in technology is”, Explains Gideon Greenspan.

Is Bitcoin the only cryptocurrency that is worth using?

Bitcoin is a form of digital currency which is created and held electronically. It’s the most popular version of a cryptocurrency, however, it is not the only one.

How does blockchain affect me?

Blockchain technology will only affect you or your business transact digitally with a central database, or if you are looking to implement new technologies into your database system.

Financial institutions mainly, but the technology is spreading to insurance, travel and several different industries. Essentially it could be any recording-based business looking to save money. “This is not a finance specific technology and I think it’s going to make its way into society by simply making the operation of many companies more efficient”, says Gideon Greenspan. “Control over money has reflected the political structure in which we live. So a new type of a new type of money that becomes popular may have an impact on society.”

Hyperledger is an open source blockchain platform to support blockchain-based distributed ledgers. The IBM Hyperledger project enables communities to collaborate on building blockchain frameworks with longevity and transparency. “Hyperledger is an open source and government model that can facilitate co-operation across financial institutions, fintechs and other industries and technology companies to consolidate their views on a common fabric to create something which is open for all to use. It is seen as having the robustness and level of security that’s required to commit into a production environment”, adds Keith Bear.