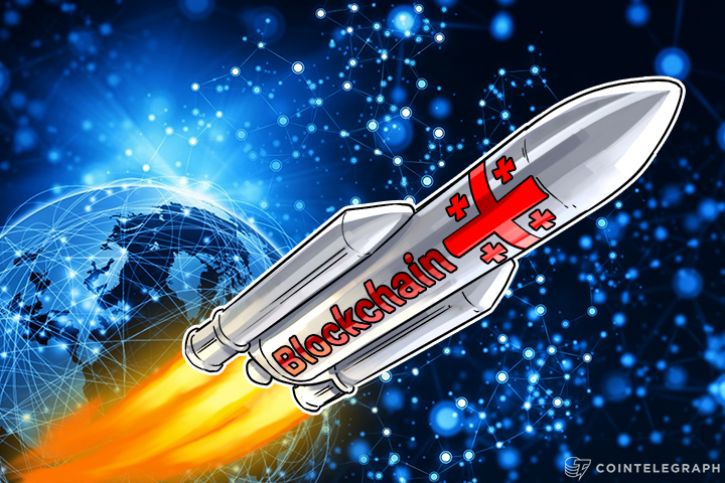 On Tuesday, in Tbilisi, the government of Georgia signed an agreement to use the Bitcoin Blockchain to verify property transactions. Last April, the Georgian government and Bitcoin company BitFury initiated a project to record land titles on the Blockchain. This is the first time a national government is using the Blockchain to safeguard and authenticate state operations, therefore ushering in a belief in the technology that has wrongfully been painted black.

As a matter of fact, the private Blockchain that will be an alter-proof ledger will also be provable using the Bitcoin Blockchain that is in the public domain. As of now, a software has been built and tested on some land title registrations. The Georgian National Agency of Public Registry and BitFury signed a memorandum of understanding paving the way to extend services to the registration of new land titles, demolition of property, mortgages, purchases and sales of land titles, rentals as well as notary services.

There are many other projects focusing on Blockchain land title services apart from the BitFury and Republic of Georgia drive. This includes Sweden, Honduras and Cook County in Chicago which are being run by ChromaWay, Factcom, and Velox respectively. Media reports hinted that Peruvian Economist Hernando de Soto is associated with the Georgian project. De Soto, in his book Mystery of Capital, estimates that there is "dead capital" of $20 trillion globally, consisting of buildings and lands without legal title.

Georgia’s Minister of Justice, Tea Tsulukiani, says that she is optimistic her country will be able to work with Blockchain technology from this coming summer to have real estate quotations in a completely trustworthy and avant-garde. Papuna Ugrekhelidze, chairman of the Georgian National Agency of Public Registry, stated in an announcement that his outfit is “very pleased with the technical progress and looks forward to continuing [their] fruitful collaboration.”

BitFury CEO Valery Vavilov also told the media that the Georgian government is excited about how the whole work was handled and executed with the current method. He explained that all the changes were made on the back end and the only dichotomy for the citizens of Georgia is that they can monitor if a title is legitimate when it is entered into the system.

Vavilov revealed that the current platform is phase one and at a beta stage but the software will be fully operational this year:

“The big goal is to move [the process] to smartphones, so people can use it 24/7 and all transactions are secured, transferrable and accountable.”

So far, BitFury has been able to raise $90 mln funding including a $30 mln investment by Credit China FinTech Holdings in January. Implemented on a property, Blockchain technology maintains agreements in diverse fashions. In Blockchain-based entries, records are time-stamped, as well as consequent modifications to these records. The aforementioned would permit public members interested in a property to examine and establish the date of previous sales. 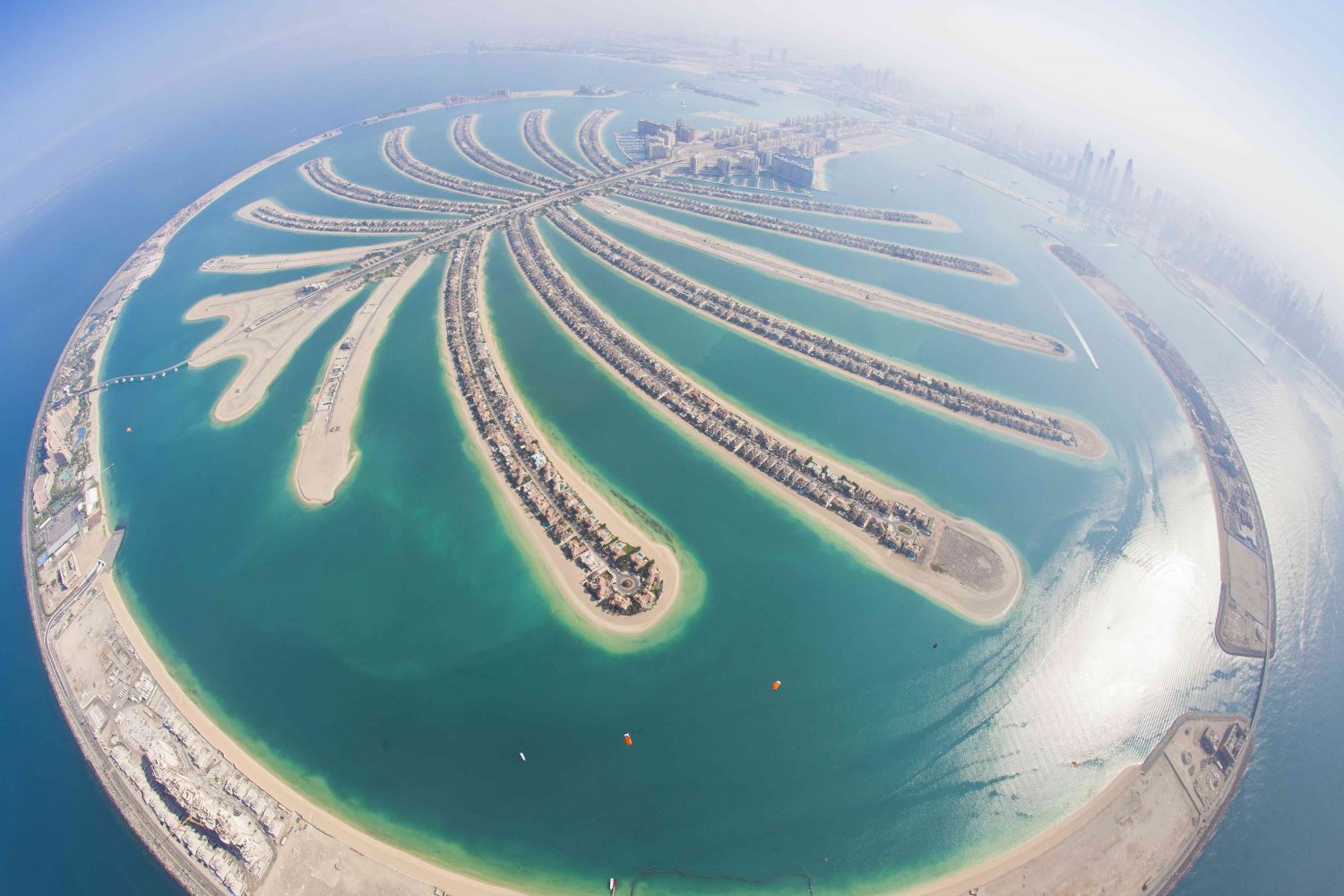 Two government agencies funded IBM's latest blockchain implementation, the largest ever in terms of parties involved and arguably one of the more impressive in the sophistication of the offering.With support from both Dubai Customs and Dubai Trade, IBM has so far courted a telecommunications service provider, a letter of credit issuing bank, a responding bank, a freight company and an airline in a trial centered on what major financial firms believe is one of the tech's most promising use cases.

Once the all-inclusive supply chain and trade finance proof-of-concept are completed, it will be integrated with to Watson's AI, making it one of IBM's most pervasive blockchain projects to date. But while all this is exciting, it's what happens once the various players begin to implement the results of the test in other countries around the world that will truly set the project apart.

According to James Wallis, IBM's vice president for blockchain markets and engagements, the real value derived from such a large-scale project is developing the ability to communicate across different nations and multiple industries to achieve a common goal.

"We don't know exactly where it's going to end up, but the collaboration across different government entities around the world is going to have to happen."

Unveiled yesterday, the proof-of-concept is being designed to track the shipment of fruit from India via a cargo ship to Dubai. Once in Dubai, the fruit will be turned into juice and exported to Spain via airplane, as just one example. To move the required transactions for the simple-sounding shipment to a blockchain, the Dubai government also "sponsored" the participation of UAE-based telecommunications service Du to track data via Internet of Things-enabled devices.

Emirates NBD Bank will then issue letters of credit, Spanish bank, Santander will receive the letters, freight company Aramex will ship the fruit overseas and an unnamed airline carrier will transport the juice. The POC is expected to be powered self-executing code, or smart contracts, on the open-source Hyperledger platform, with data reported via Du's Internet of Things devices being validated by IBM’s Watson artificial intelligence.

The combined trade-finance and supply-chain proof-of concept is not a "legal construct" according to Wallis, but rather a group of companies that have agreed to work together under the sponsorship of the Dubai government. While IBM is not making public the timeline on which the objectives are expected to be deliverable, the Dubai government last October declared it would have all government documents moved to a blockchain by 2020. "That means some serious progress needs to be made this year," Wallis said.

But the sense of urgency felt by Wallis isn't unique in the blockchain industry. Industries as diverse as finance, automobile, supply chain and health insurance built hundreds of proofs-of-concept last year to demonstrate value to both investors and clients alike. In October, IBM announced its own supply-chain pilot built for Walmart to move part of China's pork industry to another implementation of the Hyperledger blockchain. Just a week later Walmart told CoinDesk it was exploring implementing blockchain for additional products.

Around the world, separate supply chain POCs have been built by various companies in India, Singapore, and Australia, just to name few. Evidence of the increasing sophistication of the endeavors can be seen in, Hijro, formerly called Fluent, raising $1.65m to help integrate blockchain into companies’ existing infrastructure, and Microsoft, which last month launched its Project Manifest global initiative to help connect supply chains.

In total, as many as 400 blockchain proofs-of-concept had been built around the world in 2016, according to an executive speaking at the launch of consulting firm Deloitte’s blockchain lab in New York City earlier this month. Days later, an executive at the firm called 2017 a "make or break year" for the industry.

But not everyone agreed. Wallis positions the multi-nation, cross-industry proof-of-concept as part of a new caliber of blockchain experiments that will help jump-start the process of integrating distributed ledgers globally. Last week, IBM published a report based on surveys of 200 government executives finding that nine out of 10 respondents believed their governments were likely to fund blockchain projects in a wide range of industries by the end of 2018.

According to Wallis, the main goal of the Dubai proof-of-concept is to "figure out" how international customs agencies can better communicate with trade organizations to build their existing services into a shared, distributed ledger.