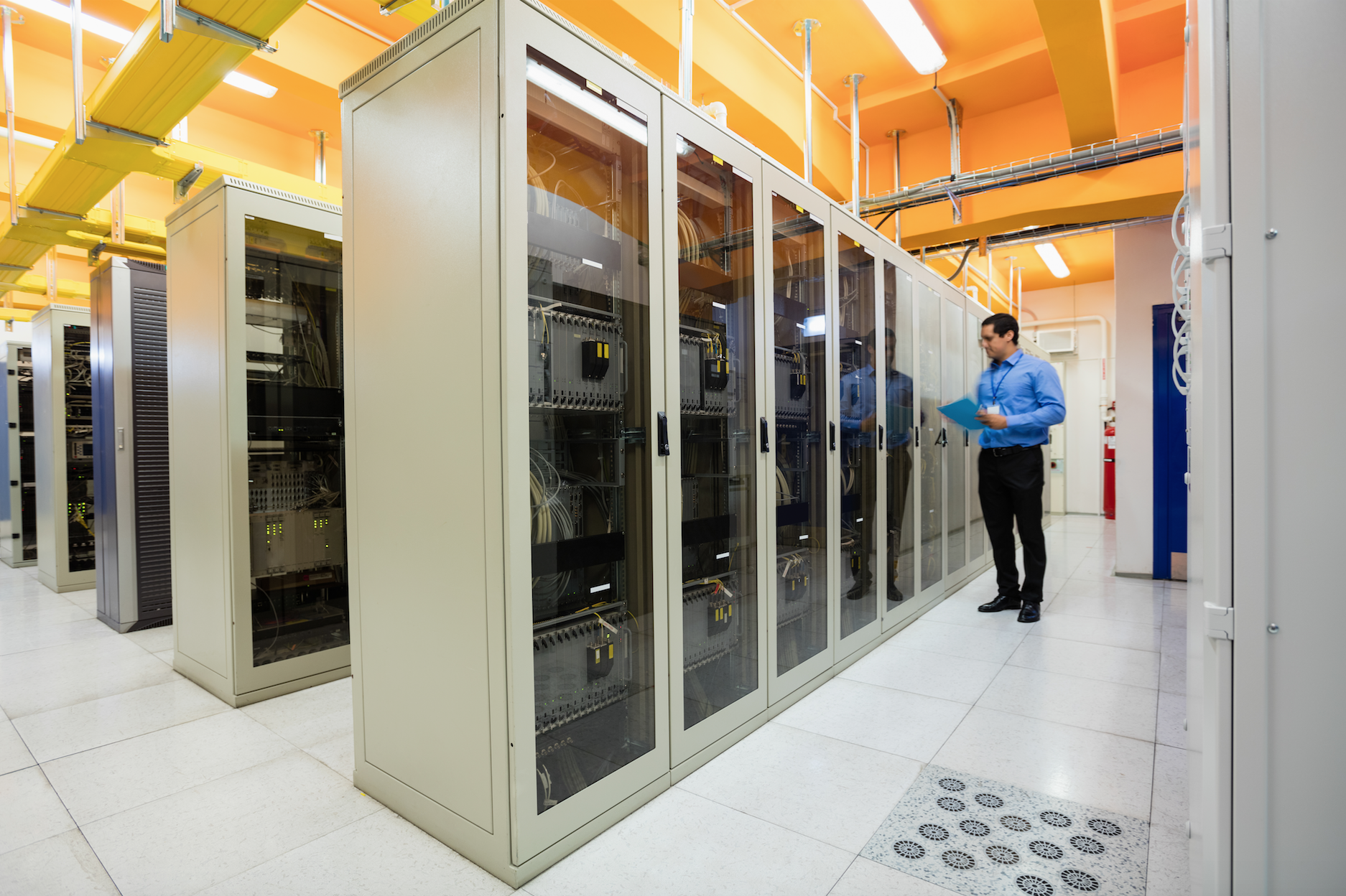 The ethereal world of blockchain tech is increasingly being tethered to more tangible, saleable solutions.

As major institutions have sought software concepts that rethink or remove bitcoin's proof-of-work mining mechanism, so too have the firms involved with those products needed to seek hardware solutions that provide a similar level of security to their desired distributed ledgers. Most recently, the $75bn consulting firm Accenture unveiled a patent-pending security layer integrated with a hardware security module (HSM) made by Thales – a global security firm already protecting the passwords and encrypted data of some of the most high-value assets around the world.

While the distributed nature of the blockchain itself is designed to ensure the soundness of each transaction, applications built on the technology and distributed solutions with fewer nodes (and therefore less protection) remain vulnerable, according to Accenture’s general manager, David Treat. In conversation with CoinDesk, Treat said his firm's decision to integrate with existing, government-certified hardware is about more than just having a new product to sell to existing and future clients. Instead, it's about entering the fray by implementing real-world blockchain solutions.

"Our focus on building this HSM integration layer is part of a whole innovation campaign that we have right now to think about all the different facets of what it’s going to take to bring blockchain systems out of the PoC and prototype phase and into production."

In Accenture's Thales integration, private keys essential for conducting transactions are stored within nShield hardware certified by the US National Institute for Standards and Technology (NIST) in conjunction with the Canadian Communications Security Establishment.

Developed in London with support from Accenture’s team in Rome, the security system is initially based on the Hyperledger Fabric platform and integrated with Thales’ nShield HSM, already being used by the French company to protect UK tax payers, Samsung cellphones and fighter jets. The as-yet unbranded blockchain integration is expected to be formally named later this week, alongside the launch of a new website designed to integrate with any number of distributed ledgers, blockchains and competing HSMs.

Treat positions the hardware as part of blockchain’s natural evolution, as regulators, existing financial infrastructure providers and banks move to capitalize on the faster settlement times and easier auditability of shared, trusted ledgers, but hesitate out of a number of security and privacy concerns. Instead of storing private keys that are essential to confirming identity within the application layer of the protocol, the Accenture solution is designed to keep them in a physical HSM architecture.

"It’s eliminating that part of the debate of how secure are the keys,” Treat said. "It comes as a much simpler answer if you see we are adhering to the high level of standards associated with the current certification of security infrastructure."

Exactly how Accenture will market this 'blockchain agnostic' integration layer has yet to be determined, or at least publicized. But, much can be learned by taking a closer look at the burgeoning blockchain hardware ecosystem. Among the unknowns at Accenture, are whether the integration layer will be sold through a subscription model or flat rate offering. However, the customers Accenture will be marketing to are more certain.

Treat told CoinDesk that customers who already have their own HSM solution will be able to hire Accenture to integrate it to their blockchain, or blockchains, of choice. New customers, on the other hand, or those with a "heightened need for security" would go to Thales or another HSM provider to buy their hardware stack "and come to us to install our integration layer on top of it". Accenture distinguishes itself from the recent proliferation of consulting firms offering blockchain services by being among the first to also join the rapidly growing blockchain hardware industry. So far, blockchain infrastructure providers have tended to lease services for periodic fees, while cryptocurrency companies charge based on transaction size.

For example, IBM currently charges $10,000 a month to give blockchain users high-security access to its HSM network, whereas venture-backed Xapo offers its customers free access to its 'vaults' stored offline and "deep underground in geographically dispersed locations", in exchange for charging various fees to move the funds associated with an account. But perhaps the most informative example of the young industry is Intel’s software guard extensions (SGX) – hardware designed to isolate keys and other valuable information. SGX has been proposed for use in both more general blockchain applications and a cryptocurrency-specific use case. In each case, concerns over using hardware quickly became apparent.

Last year, when Intel proposed using SGX at the core of its Sawtooth Lake blockchain implementation, it sparked a heated debate over using trusted hardware to run a network with the potential to run without a trust. Then, weeks later, the Initiative For CryptoCurrencies & Contracts (IC3) proposed using SGX to help scale bitcoin, setting off  similar disputes.

Accenture's David Treat is joined by Thales CTO Jon Geater in arguing that the limits of blockchain aren’t in the technology itself, but in the way it is implemented. In interview, Treat highlighted exchanges such as Mt Gox and Bitfinex, which were hacked through poor key management practices, as evidence of such concerns. But Geater, who helped integrate Accenture’s software into his company’s hardware, focused more on potential limitations of smaller private networks when creating more sophisticated assets than cryptocurrency.

Further, for private networks that have fewer nodes than the 5,800 nodes live at any given time on the public bitcoin network, Geater argues the ability to protect each node from a wide variety of potential attack vectors is exponentially more important. "When you’ve got a very small population," he told CoinDesk, "some of these threats become much more real, and so having trustworthy hardware underpinning is clearly more valuable for peace of mind, for speed of adoption and for business agility." Couple that with concerns Geater has over highly regulated digital assets, and certified hardware becomes essential to widespread industry adoption, he said.

Not everyone agrees, however. The movement to push blockchain security into hardware owned by third parties is part of Accenture’s broader, and controversial, push to make distributed ledgers more appetizing to legacy financial infrastructure providers and other organizations held accountable to regulators.

In December, Accenture published an article in the New York Times relaying its vision for 'redactable blockchains' that, instead of relying on a consensus-driven hard fork like the one experienced by ethereum to undo transactions, relies on the ability to edit their history using highly protected private keys. While critics have jumped on the idea as contrary to the underlying benefits of a distributed network, Geater argued that blockchain redaction, accompanied by certified, secure hardware is the only way to get the current financial leaders to truly buy into the technology.

"In the real world, you have overrides and you have lawyers. You have disputes, and you need to code all of that kind of process and authority into the system," he said.

"Whereas bitcoin is almost entirely anti-authority and anti-centralization, what Accenture is doing is bringing most of the benefits of that technology, but applying it to cases where businesses do actually have some authority of legal override."

The debate over whether hardware, hard fork or another solution is more desirable remains unresolved, with pre-emptive solutions around standards also springing up. But, according to Treat, the ability to edit a blockchain and the hardware to protect the keys to those crucial editing rights are inevitable. "A part of our answer in designing solutions," he said. "we would absolutely store the shared copies of those keys in HSMs as a further ability to allow people to trust that system,” Geater concluded that more sophisticated implementations of blockchain than cryptocurrency require more imaginative solutions: