How Deloitte's Bitcoin Bistro Was Built 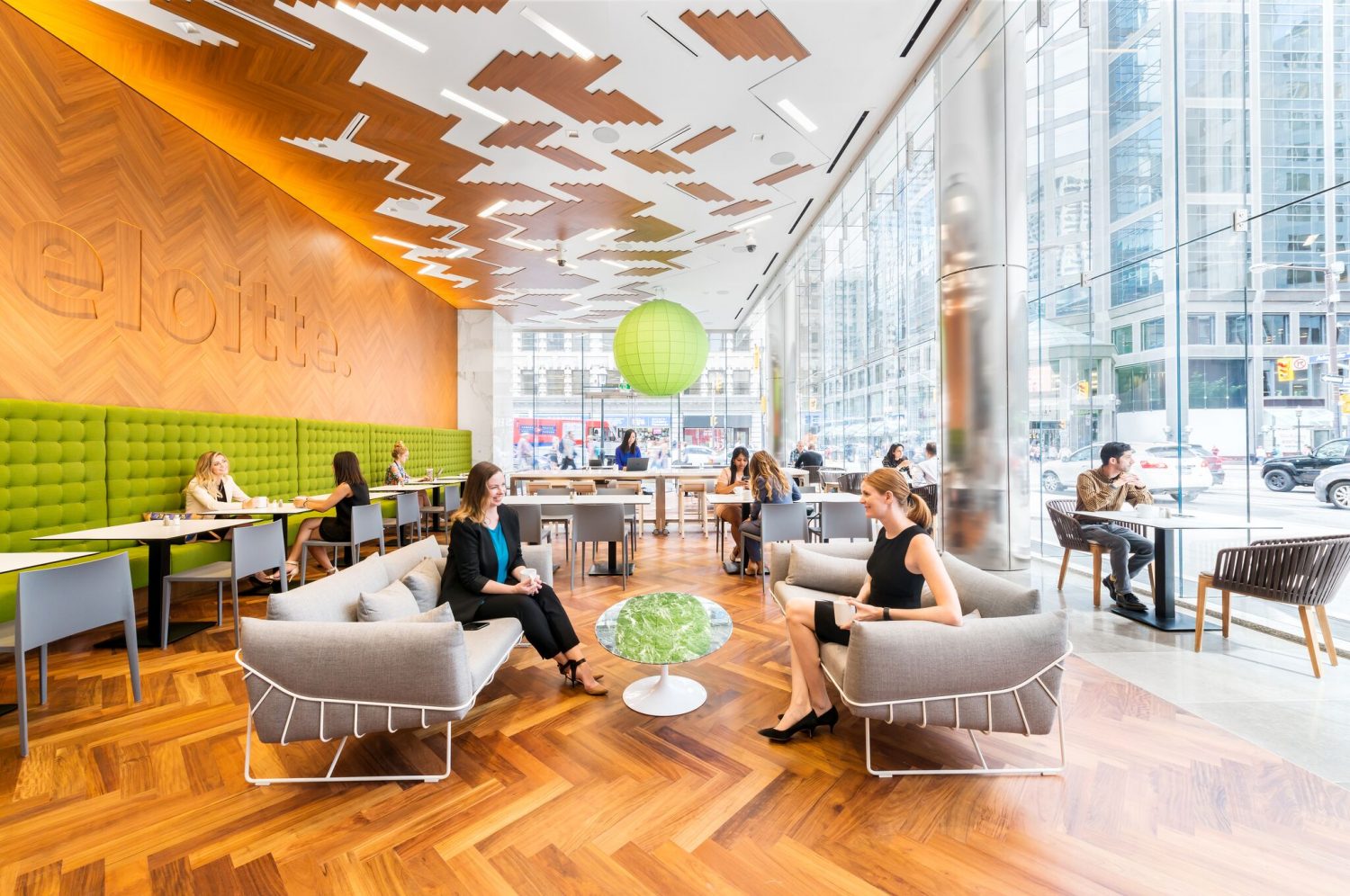 While Deloitte has long been an advisor on blockchain and cryptocurrencies, it took a step toward to practicing what it preaches earlier this month. After installing a bitcoin ATM in its Toronto office last fall, the consulting giant is now accepting bitcoin payments at a restaurant in its office complex – providing a hands-on opportunity for patrons to experience bitcoin.

Iliana Oris Valiente, strategy leader at Rubix by Deloitte, explained that such first-hand experiences are instrumental toward educating people about the greater potential underlying blockchain technology. Despite her firm's focus on distributed ledger applications, she said that understanding the technology in any of its many variations often starts with a walk through its historical origins.

"What we've consistently realized is that when we’re starting to educate our clients, that journey typically starts with understanding bitcoin."

"It's very difficult to skip over that part of the historic line and say, 'Oh by the way, now we’re going to talk to you about this really complicated distributed ledger technology'," she continued. With the bitcoin ATM becoming more popular with clients and employees, Oris Valiente said it was logical for her firm to look for other ways to expand on its support for the digital currency. "But the question we often received was, 'So, where do I use the bitcoins that I've acquired?'" she said, adding:

"The answer is usually online merchants, but there aren't as many brick-and-mortar venues. That's when the idea came up: 'What about our bistro downstairs?'"

With this lightbulb lit, Deloitte teamed up with Benchmark Hospitality (which operates Bistro 1858 inside Deloitte’s Toronto complex) and bitcoin processor BitPay to kick off the concept. The idea was that users could download a wallet, purchase bitcoin from the ATM and then buy a meal from the bistro – with the end result being that they could see the changes to their balance reflected immediately.

Benchmark initially viewed the opportunity as a chance to cut costs and test out a new technology, but the appeal has expanded much more widely. "We've had a positive reaction from the bistro staff," said Oris Valiente. "They've just said: 'This is flat out cool.'" For Deloitte, the initiative has served as a means to inform even more people about bitcoin and blockchain, while generating more organic interest in the subject internally.

"We have a lot of our internal employees who are excited to get their first bitcoin wallet, buy their first fraction of a bitcoin and perhaps invite their clients in and have a conversation about what this technology means," she said.

But Deloitte is quick to concede that rolling out such an endeavor – as straightforward as it may seem – is far from an easy task. There were a plethora of financial and technological hurdles to overcome. These included determining how Bistro 1858 would handle end-of-shift reconciliations, calculating the implementation costs and deciding which payment provider would be the best fit.

At the end of the day, Oris Valiente explained that introducing the new payments system was ultimately a change management exercise. While simple in aim, it involved retraining management and front-line staff, along with communicating to all stakeholders why the exercise was being undertaken in the first place. "I think those conversations, and trying to understand what motivates all of the parties and how we address all of their needs, that was probably the most time-consuming aspect," she said.

However, she argued that the exercise has been useful in helping to explain that blockchain solutions are similar to other types of enterprise applications: While the nuts and bolts get fundamentally reworked, the experience for the end-user oftentimes remains unchanged. "The user experience is pretty straightforward; what's changed is the complex back-end. That story is actually in parallel to what we often see when we develop enterprise applications," she said.

Oris Valiente also emphasized that the exercise has been instrumental in helping to facilitate the flow of creative juices internally. "A lot of the use cases that we’re working on today could not have been possible if it were a small group of people sitting in a board room talking to one another," she said, adding:

"For me, the more people we can expose to this technology, the more smart people you have looking at it, the more creative ideas you’ll come up with."