How scared are banks of bitcoin
AND
what will they do about it? 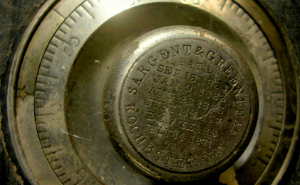 Whether we consciously think about it or not, banks are intertwined with our lives. We need them, but more importantly, they need us. It’s something to consider, given that there are times the banking industry can sometimes be frustrating, to say the least. Although startups like Simple are trying to bring a friendlier face to banks, it is the underlying system itself that is resistant to change. When faced with the emergence of something like bitcoin, it is worthwhile paying attention to how the banking industry behaves. Many who are working towards building a bitcoin economy believe that banks will need to change.

Banks by their nature are always looking to reduce their exposure to risk while balancing out profits from making loans as well as investments on their clients’ behalf. As it stands right now, bitcoin must seem infinitesimal compared to a bank's regular business operations that it is probably not worth contemplation.

Gareth MacLeod, who is a co-founder of Canada-based Tinkercoin, has been able to convince a bank to do business with his company.

“Banks are conservative institutions”, MacLeod says. “From their perspective, they stand to gain very little from working with bitcoin businesses, and stand to lose a lot. Even the largest bitcoin businesses would represent only a few hundreds of thousands of dollars of revenue to a bank, which is pennies to them.”

Global credit card fraud is on the rise. For payment processors, bitcoin could just complicate things. Tinkercoin has experienced rejection by a major credit card company, which is not surprising given that fraud protection is a standard accouterment to possessing plastic. “Their potential losses are in the tens of millions if the business is subject to fraud, or the business runs afoul of the regulators.” MacLeod’s experience with banks and financial companies gives an outsider some perspective on the challenges working hand in hand with the savings & trust down the street.

The onus is on bitcoin companies

The case for bitcoin may be that the companies building bitcoin businesses will simply have to find ways to comply with financial regulations before regularly interfacing with banks. Coinsetter, a bitcoin-based trading platform that bears more resemblance to currency trading than that of Mt. Gox, is geared towards that view. The CEO of Coinsetter, Jaron Lukasiewicz, has had numerous conversations with banks and is certain that the path forward is complete compliance from the start.

“Bitcoin companies, especially exchanges, can succeed by creating strong AML programs before entering into discussions with banks”, says Lukasiewicz. “The more they can guarantee that bitcoins aren’t being sent to bad places, the better.”

In terms of entrepreneurship, this is a vastly different strategy to employ when compared to a regular startup. As anyone who has started a business or worked in a bootstrapped entity, it’s all about doing whatever it takes to get off the ground. With bitcoin, it’s going to be different: if you don’t have the right rules in place from the beginning, there is a risk that you will get shut out of the system and possibly fail.

Again, a bank’s propensity to do business with a particular person or entity comes down to risk. It may be that a maker will need to guarantee a market for bitcoins. Remember when Mt. Gox couldn’t handle the trading on its own platform and had to shut down for 12 hours? Banks do not want something like that to happen. Ever.

On April 11, 2013, Mt. Gox suspended trading on its exchange for 12 hours. Banks do not want something like this to occur. John Paul Engel, who runs the boutique management consulting firm Knowledge Capital, believes that a big player in finance is going to have to get involved in decentralized currencies. Only then will bitcoin become legitimized in the eyes of credit card companies, payment processors, and the local thrift. A respected market maker would have to step up and guarantee a market in bitcoins.

Engel believes some institutions will need to “effectively provide a bid (buy) and an ask (sell) spread on a constant basis. The organization would need to have the credibility and the resources to guarantee it. Someone like a Goldman Sachs or Berkshire Hathaway. Someone with deep enough pockets to ensure the float.” Goldman Sachs being a bitcoin market maker? It sounds like something from fiction, but it’s probably closer to reality than ever before.

Banking innovation in financial services as a result of bitcoin is likely to take some time. The process that the banking industry goes through to enact any sort of change is slow and calculated. It all goes back to that risk versus reward proposition. Financial institutions have little incentive to “fail fast”, a common method of moving forward in an entrepreneurial or startup scenario. It's what bitcoin startups would prefer to go through in order to develop products and services, but is not realistic.

Many banks are fearful that the sector is about to go through wrenching change. At this point, it appears that banking may have reached a fork in the road. They likely have two choices. Institutions could begin to work within the new, continuously evolving framework of digital money. That would require them to start by recognizing that there is a shift in financial technology and embrace that movement.

Or, they could put a friendly face on an old system. That would be the route that is being put forth with products like Simple. This is whereby a contemporary type of interface masks the traditional, antiquated banking system that is running in the background. We’ll probably end up seeing different banks choosing different routes depending on their attitude of disruptive tech like bitcoin. What do you think about banks working with bitcoin companies? Is it fair that banks don’t want to do bitcoin-based business? What do you expect banks to do when faced with the proposition of decentralized virtual currencies?