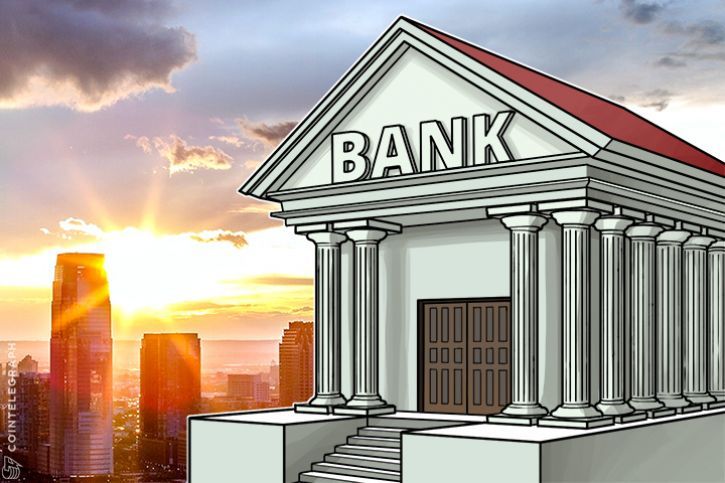 “Being the largest bank, SBI has taken the lead in initiating Blockchain, and we are in talks with banks and other companies for this,” M Mahapatra, SBI’s deputy managing director, told the publication. He added that the first step was the creation of a forum for digitizing loan and trade finance documents which could be put on the Blockchain. The move comes at the same time as new legislation proposed by the Reserve Bank of India on payment systems refuses to acknowledge Bitcoin and cryptocurrencies as a valid form of tender in India.

Although regulators have issued warnings to citizens on dealing with cryptocurrencies, no hard-and-fast rules have yet been made into law about their use. Nonetheless, following a currency shake-up last November from which the country is still recovering, Bitcoin trading among Indians continues unabated. Capitalizing on the buoyant market, Indian wallet provider Coinbank is now claiming to offer the highest interest rates on Bitcoin savings currently available.

Why Onecoin and Bitcoin Appear On Same Warning List

So today in Nigeria a lot of individuals now take extra care when making transactions in local banks for Bitcoin-related products or services. Users most often clearly advise depositors not to include such in the description of the purpose of a transaction, so as to avoid having their bank accounts blocked or frozen.

A lot of individuals have fallen victim to cryptocurrency scams by investing in what they thought were real and genuine cryptocurrencies. Many experts and economists consider OneCoin as the current number one scam coin in the world. It does not possess the fundamental characteristics of a genuine cryptocurrency, instead, its followers pursue the cause of OneCoin as a religion. But why Bitcoin gets mixed up with that “currency” that is built similarly to other MLM pyramids?

Data Architect at Central Bank of Nigeria, Ayodeji Odusote thinks that there are technical differences in the warnings from Nigeria and Uganda. While Nigeria addressed specifically stakeholders in the regulated financial services sector, Ugandan authorities appealed to the wider public.

Odusote notes however that both governments did not make any distinction between genuine and scam cryptocurrencies for a simple reason that "from a currency perspective, the veracity of a cryptocurrency is irrelevant as it poses a direct threat to the authority of the regulator to control the money supply." According to Odusote, for both governments, it is irrelevant whether the cryptocurrency is genuine or fake. Both do not serve their financial objectives.

“The perspective of these regulators, owing to their publications, is strictly monetary. It futile to say something is genuine, yet unacceptable and another is fake, which is also unacceptable. Both are not. So there is no need for distinction.”

But for regulators who have identified the opportunities offered by the technology embedded in cryptocurrencies, the Blockchain, such distinction might be important.

CEO of Hyperchain Technologies, Chigozie Ononiwu thinks that linking Bitcoin to Onecoin is wrong in any case. Ononiwu describes Onecoin as a mediocrity compared with Bitcoin. While Ononiwu describes Bitcoin as “innovation”, he suspects policymakers of developing countries in corrupt practices regarding Bitcoin. Ononiwu thinks some of these leaders may acquire Bitcoins for themselves while introducing measures to keep the people away from doing the same thing:

“They're busy stockpiling Bitcoin while scaring everyone off.”

To avoid problems, Ononiwu suggests that any cryptocurrency offering HYIP should be barred from transactions, and every company dealing in Bitcoin and Blockchain tech should be properly and transparently vetted.

“Government needs to encourage mass adoption by partnering with companies like ours. Our Virtual Bitcoin ATM is a clear example that Bitcoin can be purchased by all with ease.”