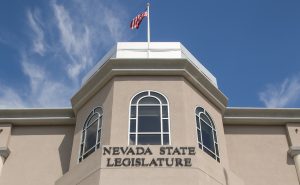 Senators in the state of Nevada

have unanimously backed a proposal that would block local authorities from instituting taxes or fees on blockchain use. According to public records, after just over a month of deliberation, the Senate advanced the measure following a 21-0 vote, with zero abstentions. As CoinDesk reported last month, it’s the first measure of its kind that would prevent local officials from charging money to use a distributed ledger or a smart contract tied to one. Sen. Ben Kieckhefer initially submitted the measure on 20th March.

Other elements of the bill would clear the way for smart contracts and blockchain signatures to become acceptable records under state law, similar to a measure that was signed into law last month in neighbouring Arizona. The bill now moves to the Assembly – the lower chamber of Nevada’s bicameral legislature – for further consideration.