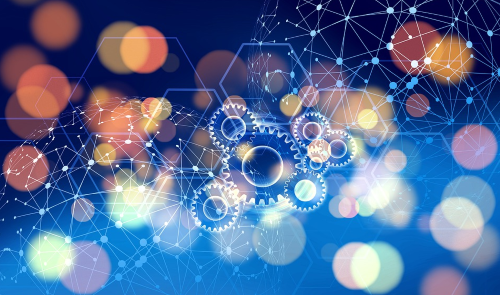 A collaboration between the Utopia Genesis Foundation and STOKR will enable new revenue streams for artists and investment tools for listeners.

Today, a freshly-announced partnership between the music-focused blockchain protocol Utopia Genesis Foundation and digital securities issuance platform STOKR makes it clear that the two companies are looking to heat up competition in the increasingly crowded blockchain-backed music space.

In a press release from Utopia Genesis, the company laid out a series of ways that the collaboration would help artists tokenize and securitize their work, as well as allow listeners access to unique investment vehicles.

The release says that Utopia Genesis’ partnership with STOKR “will allow artists and owners of the music to tokenize assets and create equity or debt instruments for crowdfunding the launch of albums, collectibles, merchandise and more,” as well as enable artists and music owners “to sell fractional ownership of their work’s revenue stream with the community.”

In an interview with Cointelegraph, Daniele Sestagalli, Chief Strategy Officer at Utopia Genesis noted that the long-term vision for the collaboration is to take “the first step toward building a decentralized stock market for music,” one which will benefit both artists and fans.

“Artists can get crowdfunded by fans instead of record labels who give the artists shady deals, so the artists can be more open in what they are doing […] For the fans side they can finally be apart from their favorite artists music and hopefully in the near future get revenue from their investments,” Sestagalli said.

“With this partnership, we are bringing open transparency into the music industry and setting the tone for how tech can help solve many of the industry’s challenges.”

Sestagalli also noted that demand for such a service appears to be picking up, as major music names such as Bob Dylan, Stevie Nicks, and Imagine Dragons have publicly explored selling some of their catalogue rights.

The Utopia Genesis/STOKR partnership is just one of many efforts aimed at leveraging blockchain technology to disrupt the music industry. In October, Audius — a blockchain music streaming service looking to compete with Spotify — made headlines for airdropping $8 million worth of tokens to loyal listeners and artists.