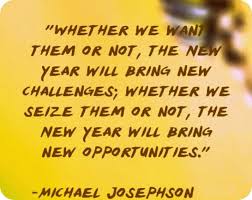 Two years ago I started writing down my New Year resolution. Which helped me keep track of my plans and the direction of my life. This year year marks a period of consolidation and times to consider what we will do when Jay completes his secondary education.

There are some uncertain times ahead due to Brexit. Will Jasmin and Jay be granted permanent UK residency early than the original five years under EU rules. Will it still be possible to retire to other EU countries on favorable terms. We are both working so that we can save for the future, however the weather is still a challenge and I miss warmer climes.

Hopefully I will pass my retraining tests which will confirm my position at Go Ape as an Instructor for the 2017 season. This helps keep me fit and active. I also hope to have further sailing opportunities with the Jubilee Trust and Old Pangbournian Yacht Club such as the Round the Island Race on 1st July and The Arrow Trophy in the Autumn.

Turning to my various business interests, it would seem to be time to leave Valentus an MLM who promised to be different but then shut down their European warehouse with out notice and also started to enforce rules regarding minimum sales prices. The fact that prices are in USD and deliveries come from the USA results in too low profit margins, and to be honest the products are overpriced .

At the end of 2016 I took up an interest in Cryptocurrency which would seem to offer a number of business opportunities, especially when one considers the likes of Bitcoin have grown in value faster than any traditional currency are increasing being considered as perhaps becoming the new gold standard and replacing the USD. At the moment you can certainly see in the both the short and longer term that cryptocurrencies can offer a better rate of return compared with savings rates from banks and even investment from stocks and shares.

MarketHive continues on its long journey to re-program its software, but has yet to be launched and its lack of funding is delaying it completion, however as we enter the new year it would seem that funding will no longer be a problem and the likes of Facebook and Linked in will have a new business based rival.

For the first time in many years I am not sure of direction, there is a possibility that I could double my net worth, the only thing that is sure is we will remain in the UK for the next two years which coincidentally is the expected time to complete Brexit.