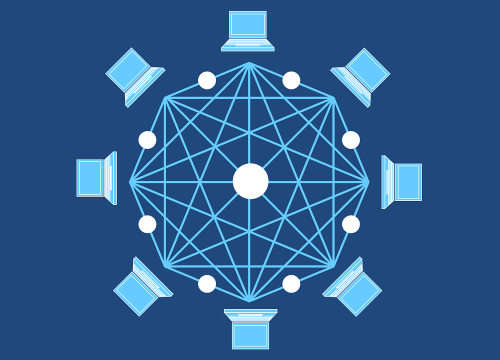 R3 CEO David Rutter is developing a blockchain-based bond trading ecosystem that will use the Corda infrastructure. The platform will go live in 2021.

David Rutter, CEO of blockchain firm R3, is independently working on a platform that leverages the distributed ledger technology (DLT) for bond trading.

There is no doubt that the bond market is among the largest securities markets in the world, and yet trades are still handled over the phone. David Rutter, who founded R3, wants to modernize it by adopting blockchain technology. He started a corporate bond tech venture called LedgerEdge. The new platform will go live next year.

At the moment, Rutter is forming his team for the venture. The top executives have already been named. Thus, David Nicol, who previously worked for IBM and R3, is the CEO. Bob Bose, who worked for NYSE Euronext, is in charge of technology. Ian Chicken, a former executive at ICAP’s BrokerTec, will manage operations.

For Rutter, this is not the first attempt to digitize the fixed-income space. In 2015, he launched LiquidityEdge – a trading system for Treasuries. He sold it last year for $150 million. Now he can merge his experience in the blockchain space and the bond market to create a tech-driven platform that automates the bond trading process. LedgerEdge will also rely on artificial intelligence (AI) and enclave computing.

Commenting on the matter, Rutter said:

“We’re not trying to put a Band-Aid on an amputated leg, which is how I look at some of the previous attempts [to change how bonds trade]. We’re solving something here with previously unavailable technology.”

He refers to blockchain, the technology that has been successfully adopted by many trading venues supporting other asset classes. Rutter founded R3 in 2014 and has built one of the largest blockchain consortiums in the world, which includes giants like NASDAQ, JPMorgan, Barclays, Credit Suisse, BBVA, Deutsche Bank, Bank of America, Citigroup, and HSBC, among others. In total, the consortium boasts over 300 companies.

LedgerEdge said it would use the collaborative approach employed by R3. In other words, the bond market ecosystem will include multiple entities that will collaborate to develop a functioning platform.

Rutter said he was negotiating with banks and investors to share their bond inventories and what they want to buy or sell through LedgerEdge.

Unsurprisingly, the blockchain part of the bond ecosystem will be provided by R3’s Corda – a DLT platform aimed at enterprises. Corda will be used to prevent data leakage from the wider market. Rutter revealed that the main target was the corporate debt that is usually traded in the first days after being issued. The technology will track the ownership record of bonds. Rutter explained:

“The blockchain always knows where it is, and that’s part of the secret sauce.”