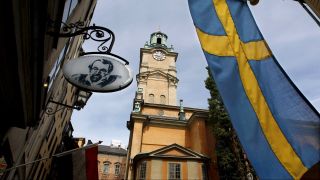 Just another set of numbers on a blockchain.

Keeping track of who owns what pieces of land is still a low-tech affair, involving mountains of hand-signed documents, envelopes, and couriers. That is if a country is lucky enough to have a functioning land registry—the World Bank estimates that 70% of the world’s population lacks access to land titling. Getting everyone to agree on every stage of a property transaction, and to record it permanently somewhere, is a feat of security, coordination, and trust.

Enter blockchain technology, the technical concept behind bitcoin, which is designed to solve precisely those problems, or so its boosters say. Land titling has long been one of the most talked-about uses for the tech. The argument, made by everyone from the British government to consultants at PwC, is that the current outmoded systems are susceptible to forgeries and simple clerical errors. It’s one reason why the US has a massive title insurance industry, which the New York Times has called a “scam” (paywall). Putting transactions on a blockchain makes all that paper go away; and it becomes much more difficult, if not impossible, to forge records.

A blockchain is a digital registry that can’t be tampered with. It provides a mechanism for various parties to agree on a set of facts. It prevents those parties from making false statements since everyone else can check the facts; it also prevents statements from being changed after they’ve been recorded, since all parties are alerted to these changes. With bitcoin, for instance, the blockchain acts as a ledger of every transaction, thus providing proof of who owns how many bitcoins.

But while bitcoin is an example of a public blockchain, where all transactions are open to the public, financial and other institutions are trying to create private blockchains, where some data is available only to certain participants.

Sweden is the country that’s furthest along in putting land registries on a blockchain, and it’s entering the next phase of its experiment. It’s also notable because it’s one of the few wealthy countries taking this seriously; in places, with well-developed land registries there’s usual resistance to adopting a new system. The already highly digitized Swedish land registry gives the country a shot at making this work.

Sweden’s land registry authority is called the Lantmäteriet. Since last June the body has been testing a way to record property transactions on a blockchain. This could save the Swedish taxpayer over €100 million ($106 million) a year by eliminating paperwork, reducing fraud, and speeding up transactions, according to an estimate by the consultancy Kairos Future, which is also involved in the project.

The blockchain experiment concluded its second phase of testing on March 31. This also involved the phone company Telia and two Swedish banks. Whereas the first phase was essentially a presentation of the technology’s potential, this latest phase involved the creation of smart contracts that automate transactions on a blockchain. For instance, instead of the buyer and seller signing a bill of sale at the agent’s office, this can now be done with digital signatures that are verified automatically. “We thought there was a solution [in the first phase],” said Magnus Kempe of Kairos. “Now we have a solution.”

The Swedish system operates on a private blockchain. This has the land authority and others, like the banks, holding copies of the records. When a land title changes hands, each step of the process is verified and recorded on the blockchain (full details in this pdf). The system acts as a highly secure and transparent verification and storage service for property transactions, but it stops short of a full-blown cryptocurrency where land can be bought and sold as easily as a bitcoin. “There is no risk you will lose your land like you lose bitcoin,” Kempe says.

A blockchain is a good solution to the particular problem of trusting other parties, says Mats Snäll, the Lantmäteriet official in charge of the project.”Blockchain technology offers real digital trust,” he says. “It’s the only solution so far that handles digital originals, verifies both legal actions and processes, and secures transparency.”

But for all of Snäll’s bullishness on the technology, Swedes probably won’t be getting their title deeds checked on a blockchain anytime soon. Legal obstacles, like the validity of digital signatures, need to be resolved. The soonest this system will be in place, if ever, is 2019, Snäll says. The project’s next phase, starting in May, is to integrate other Swedish public bodies, like the tax authority, Kempe says, who have expressed an interest in a permanent ledger of their own.

Yet the Swedish project may have an impact beyond its shores. Henrik Hjelte of Chromaway says land authorities from other countries have approached him for a blockchain solution of their own. Similar projects have been announced, with little public progress, in places like Georgia and Honduras. The steady work on the Swedish system might provide the technical assurances other states need to implement the technology. “We are replacing paper that has been around for several thousands of years,” says Hjelte. “It will take some time.”