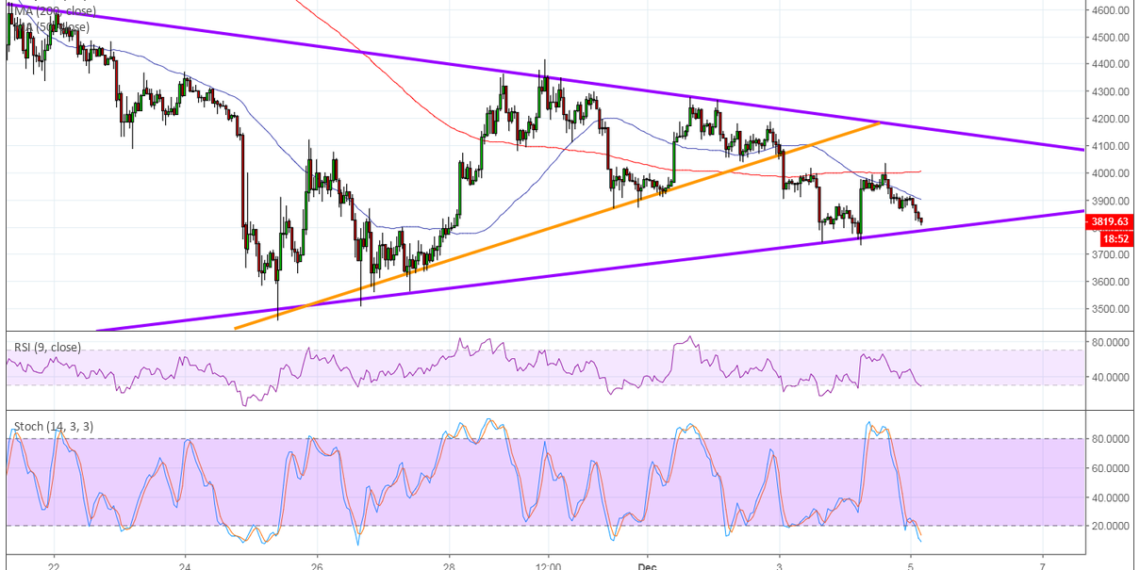 Bitcoin broke below a previous triangle consolidation but may be finding support at a larger one.

Bitcoin made a triangle breakdown earlier on but seems to be finding some support at a larger triangle bottom. Price bounced off the $3,800 area but is making another test and might be attempting another break.

The 100 SMA is below the longer-term 200 SMA to indicate that the path of least resistance is to the downside. In other words, support is more likely to break than to hold. In that case, bitcoin could slide by the same height as this chart formation, which spans $3,500 to $4,600.

RSI is still heading lower to reflect the presence of bearish pressure. However, the oscillator is nearing the oversold region to reflect exhaustion. Turning higher could confirm that buyers are ready to return and might push for a move back to the triangle top at $4,100. Similarly stochastic is dipping into the oversold region but has yet to turn higher to signal a return in bullish pressure. 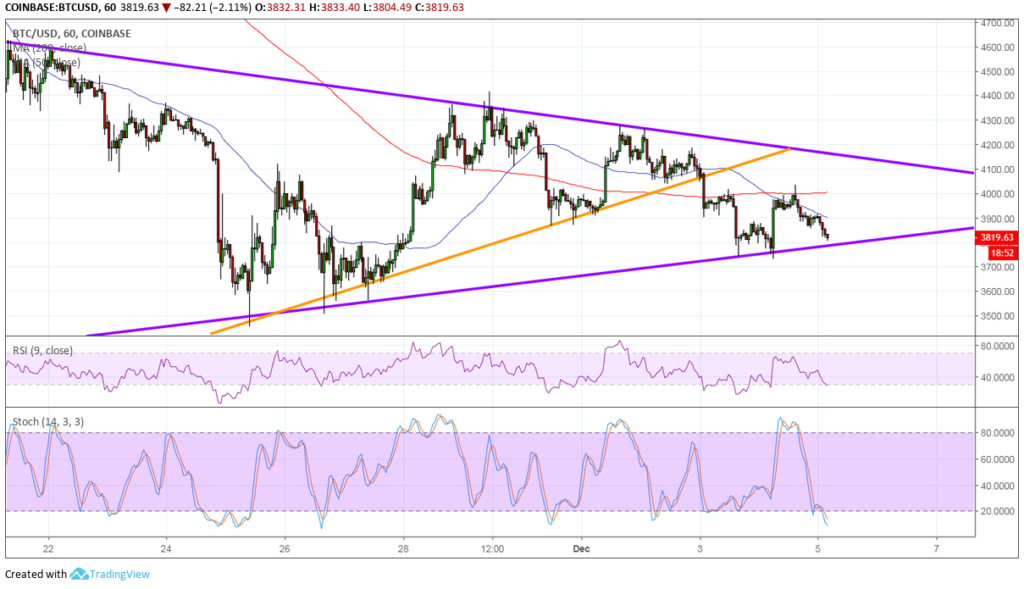 More and more mainstream coverage on the recent slump in bitcoin and other cryptocurrencies is piling on the FUD that’s currently weighing on prices. Although the improvement in sentiment last week from revived expectations on institutional investment propped bitcoin higher, it seems that traders are hoping to get actual developments before sustaining any rallies.

Still, a lot of analysts are holding on to their bullish bets and this may be why bulls continue to defend nearby support levels. Some expect bitcoin to make a strong rebound before the end of 2019 while some believe that it could take place as early as Q1 2019.

According to a recently published A.T. Kearney report:

“By the end of 2019, Bitcoin will reclaim nearly two-thirds of the crypto-market capitalization as altcoins lose their luster because of growing risk aversion among cryptocurrency investors. More broadly financial regulators will soften their stance towards the sector.”