According to Smartbit, a bitcoin testnet data provider, Segwit is currently able to process 1.7 MB blocks on the bitcoin testnet, with more than 8,865 transactions. The current bitcoin blockchain capped with a 1 MB block size can only handle around 2,500 transactions.

// Get exclusive analysis of bitcoin and learn from our tutorials. Join Hacked.com for just $39 now. //

Alternatively stated, the activation of Segwit will likely result in a 75 percent increase on the current 1 MB block size if implemented in an optimum ecosystem.

On November 23, bitcoin trader and analyst WhalePanda introduced a testnet experiment conducted by the Bitfury analytics team shared by the BitFury Group chief information officer Alex Petrov. While the types of transactions settled in Segwit-enabled blocks could vary, the Bitfury analytics team’s research concluded that 1.7 MB was the average block size based on their experiment conducted on the bitcoin testnet.

More importantly, WhalePanda noted that 1.7 MB is theoretical and other numbers such as 2.1 MB or Lightning co-author Thaddeus Dryja’s 3.7 MB are also all hypothetical. The only issue with Segwit which the miners, especially the Chinese mining community struggles to deal with, is that it can’t guarantee a specific block size due to a wide range of variables including different transaction types and circumstances.

In January of this year, Dryja noted that his experiments on the bitcoin testnet demonstrated the capability of Segwit to handle 3.7 MB blocks. He explained:

“I have a script that will spam testnet and make 3.7MB blocks. It’s not a 800KB regular block with txids and output scripts, and a 2.9MB witness block with just a bunch of signatures. It’s a single block, that looks pretty much the same as old blocks with a few extra requirements, that’s 3.7MB.”

The on-chain capacity expansion suggested or discovered by Dryja is a 3.7x increase to the current standard 1 MB block size. Dryja’s discovery offers a significantly different perception of Segwit’s on-chain capacity increase in comparison to Petrov and the Bitfury team’s research. This huge gap, which at this stage is completely theoretical and based on assumptions, should be the main discussion point of Segwit activation.

As explained by security experts such as Andreas Antonopoulos in the past, Segwit is more than a conventional block size increase solution. Its advantages derives from its ability to fix transaction malleability, provide infrastructure for two-layer solutions and overall, optimize the bitcoin network. Some experts described Segwit as a “Swiss army knife of a scaling solution.”

In fact, Slush, the CEO and IT architect of Satoshi Labs, the parent company of bitcoin hardware wallet manufacturer Trezor, stated:

“Bitcoin as Gold is Bitcoin without Segwit. Just activate it and whole world of new applications and solutions will appear.”

The only question left for the community to consider is, what happens if Segwit is activated and it does not provide on-chain scaling that is on par with the community’s expectation? What if Segwit’s 1.7 to 3.7x theoretical increase is not sufficient enough to scale the network?

Then, the community can begin to consider the possibility of expanding the block size of Segwit-enabled bitcoin blockchain. The Boom Supersonic's XB-1 could travel from London to New York in three hours and fifteen minutes.

The world's fastest jet could get you from Sydney to Los Angeles in just over six hours — and travelling on it could soon become a reality.

The latest backing came from a group which included Richard Branson's The Spaceship Company — the manufacturing arm of Virgin Galactic — as well as other "tech bosses, engineers, and astronauts," according to The Daily Mail.

Costing more than $329 million (£262 million) to build, the jet could make same-day returns on roughly 500 routes around the globe — potentially as soon as the early 2020s. This means it could fly from London to New York in three hours and fifteen minutes, or Tokyo to San Francisco in five hours.

The airline will be the "fastest civil airplane ever made and the first independently-developed surpersonic jet," according to the company.

It will travel at 1,451 miles per hour (10% faster than Concorde), and will fly at around 60,000 feet — higher than any other aircraft has flown, according to The Daily Mail, resulting in a quieter, less turbulent experience. It will provide every passenger with a seat that is both window and aisle thanks to its two single-seat rows. Every passenger will have a seat that is both window and aisle thanks to its two single-seat rows. Boom Supersonic

At the launch of the jet last November, CEO and founder Blake Scholl said: "Concorde’s designers didn’t have the technology for affordable supersonic travel, but now we do."
In a press release last week, in which the company said the funding round had reached $41 million, he added: "Our mission is to make supersonic flight a reality. With this new capital, we are closer than ever to the first flight of our XB-1 Supersonic Demonstrator in about a year." The funding will be used to "finish development and fabrication of the XB-1 demonstrator and conduct a thorough flight test program including sonic boom testing," according to the company.

"We’re excited to have an option on Boom’s first 10 airframes," Branson said last year. "Through Virgin Galactic’s manufacturing arm, The Spaceship Company, we will provide engineering and manufacturing services, along with flight test support and operations as part of our shared ambitions."

Shake to test, twist to filter: A Smart Bottle that helps you to get rid of contaminants 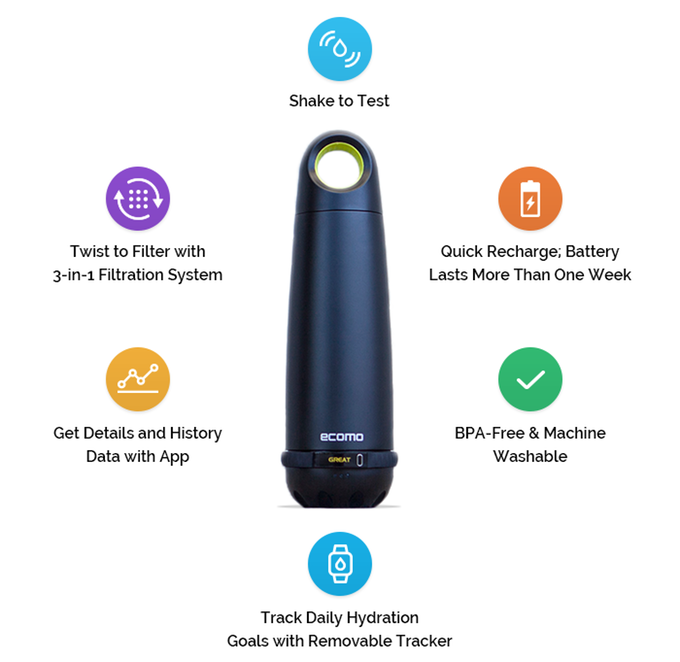 Ecomo Bottle aims to bring clean water to everyone and minimize the usage of plastic bottles. Customers may choose to contribute to our water quality data map (without revealing any privacy) and become part of the effort to protect public health and the environment. 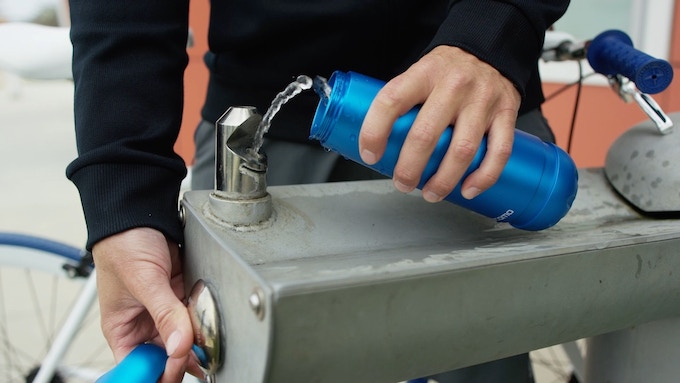 Test out the contaminants in your water simply with a shake.

Twist to filter  – The bottle’s 3-in-1 filtration system can remove most major contaminants, such as pesticides, petrochemical products, bacteria, and most heavy metals. 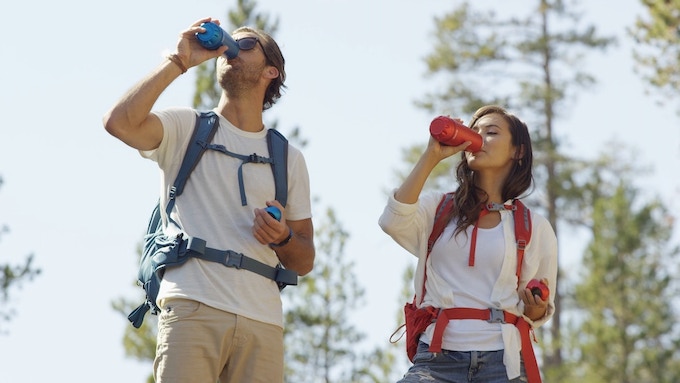 A wearable activity tracker that computes your hydration needs, tracks your intake and alerts you about bad water quality.

The Ecomo Bottle is also compatible with Apple Watch and FitBit.   BACK THIS PROECT:  http://ynan.fnd.to/ecomo

With Ecomo Bottle, you are able to monitor: 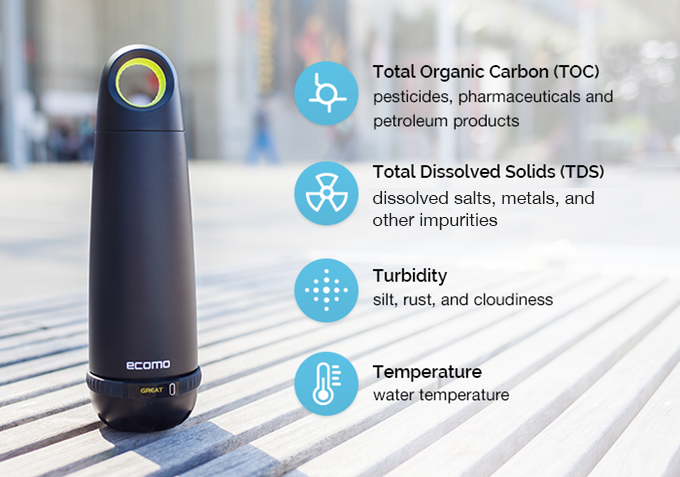 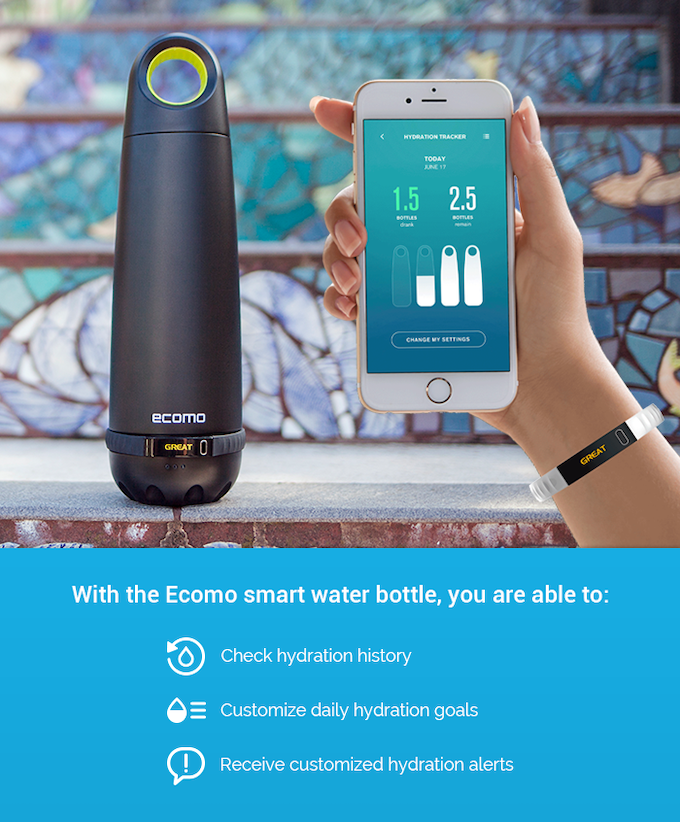 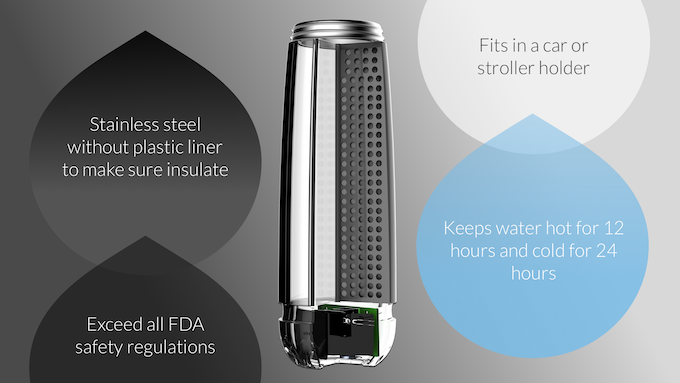