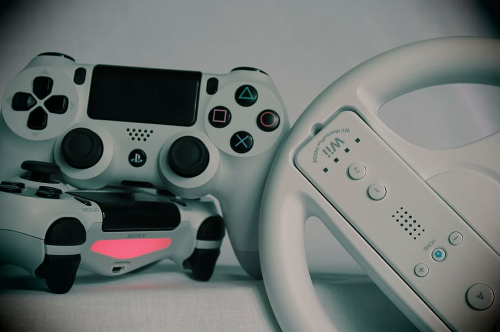 In its fairly brief existence to date, blockchain technology has already shown the potential to disrupt a variety of different industries. In some cases, in fact, it may stand to transform these industries entirely.

The ones that are discussed most frequently are those that relate at least somewhat to blockchain’s initial purpose: to digitally facilitate and log financial transactions.

Once blockchain established that it could perform these functions for cryptocurrency, it wasn’t long before it was applied to other financial services. Today, we see banks, trading platforms, and in some cases even national governments making use of blockchain or similar technology.

Outside of finances though, blockchain technology is also poised to disrupt various tech-related industries. We’re highlighting a few of them right here.

Without anyone really having thought of it this way, the gaming industry has actually been moving toward a point at which a blockchain system would make sense for some time now.

Gamers are already used to buying content digitally; there is a discussion about evening the playing field for developers, and cryptocurrency-like solutions have already been brought up as solutions for gamers’ desire to trade virtual goods. Blockchain technology can essentially capitalize on all of these developments and is beginning to do so.

The most significant development in this regard has been support of the Ultra blockchain by Ubisoft, which remains one of the biggest names in game development. Ultra is essentially seeking to build up a blockchain environment within which indie and established game developers can operate alongside and even in collaboration with one another.

The same environment would make it easy for gamers to buy content directly from developers, and to exchange digital assets with one another. It’s not fully realized just yet, but Ubisoft’s commitment — both to developing games for the system and to building blocks that will validate transactions on the Ultra blockchain — is a significant step in that direction.

PCB design may fly under the radar from a lot of people’s perspectives. But really, it’s at the heart of much of our digital world. Electronic devices from Bluetooth speakers, to smartphones, to connected thermostats all depend on advanced printed circuit boards to be able to function the way we expect them to.

Because of this, and as a result of the ever-expanding demands of modern tech, the design of PCBs has become increasingly complex — and increasingly collaborative.

Thanks to today’s digital design methods, teams of engineers can work on new PCB layouts through software, potentially working in teams and across distance in order to meet needs efficiently.

Following this process, a certain sort of file is used to convey the design to manufacturers. These are called Gerber files, and they essentially make it easier to visualize and make sense of complex PCB designs, which in turn helps manufacturers to turn digital renderings into functioning circuit boards.

Now consider how the blockchain might impact this process. With PCB design files changing hands throughout the process, and converted Gerber files ultimately being passed along to manufacturers, there are opportunities for a blockchain-like system to be implemented for the sake of transparency and integrity.

This industry relies upon designs being sent back and forth and orders being fulfilled, and all of this can happen more smoothly on a system designed to log activity and ensure agreed-upon outcomes.

You might not think of healthcare explicitly as a tech industry. Or at least it’s not typically categorized as such.

When you think about where healthcare is going, however — with remote patient monitoring, limitless data management needs, expanding use of automated technologies, and so on, it’s absolutely fair to consider it a tech industry now and moving forward.

Accordingly, the healthcare industry is already beginning to look like a natural partner for blockchain technology. This is basically because of data.

The healthcare generates an unthinkable volume of records relating to patients, medications, procedures, and costs, and as things stand now there are inevitable issues that arise with keeping all of this in order.

A blockchain-based data-sharing system could eliminate those issues by securing information and making data easy to trace. Disagreements, instances of fraud, and lost or misunderstood patient records would all be minimized.

Digital identification is effectively a new industry, or at least one that seems to be emerging as we continue to transition to more digital lifestyles.

One aspect of the idea is simple: to be able to identify ourselves through trusted but entirely digital means, making things more convenient and likely doing away with various forms of identity fraud.

However, expanding digital identification also refers to the practice of gaining more control over our personal information and related data online. Right now, our “I.D.” in this sense is widely available, and our personal data is often sold and used without our knowledge. And it’s in this regard that blockchain technology may prove beneficial.

The concept of digital I.D. as relates to blockchain is that people could be issued official, digital identification “proofs” supplying basic information (such as name, date of birth, address, etc.).

Each individual would have full control over this information, and could thus decide when and where to use it. Basically, this would allow for people to verify their identities when necessary, via keys provided over a blockchain network, without simply releasing personal information to the web to be distributed to no end.

The list could go on with several more examples, both in technology and more broadly. But hopefully, these ideas have provided some more undertaking of just how widespread blockchain technology’s impact may be.