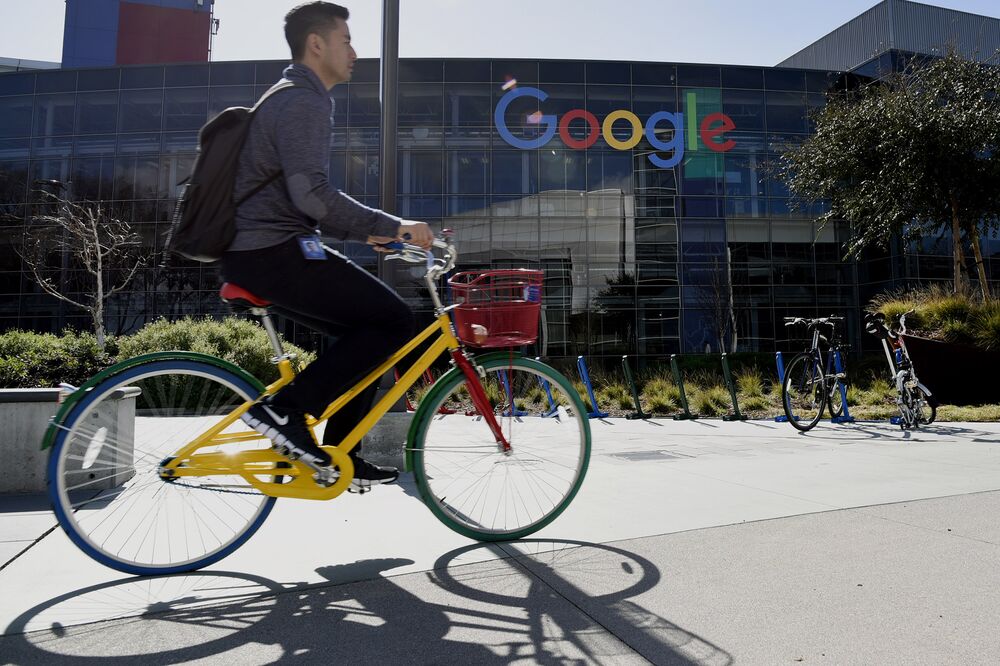 A cyclist rides past Google Inc. offices inside the Googleplex headquarters in Mountain View, California, U.S. Photographer: Michael Short/Bloomberg
Once again, technology companies and consultancies took the top spots in the latest list of employers with the highest median compensation in the U.S. While familiar names, including Facebook Inc., Google parent Alphabet Inc., and LinkedIn Corp., can be found on Glassdoor’s annual survey, some lesser-known companies have landed on the honor roll as well.

The top five companies on the list, each with median salaries above $150,000 according to the anonymous poll, include consulting firms AT Kearney Inc. and PWC Strategy& LLC, and software companies VMware Inc., Splunk Inc., and Cadence Design Systems Inc. AT Kearney and Strategy& also took top spots last year, while Splunk is making its first appearance on the list. 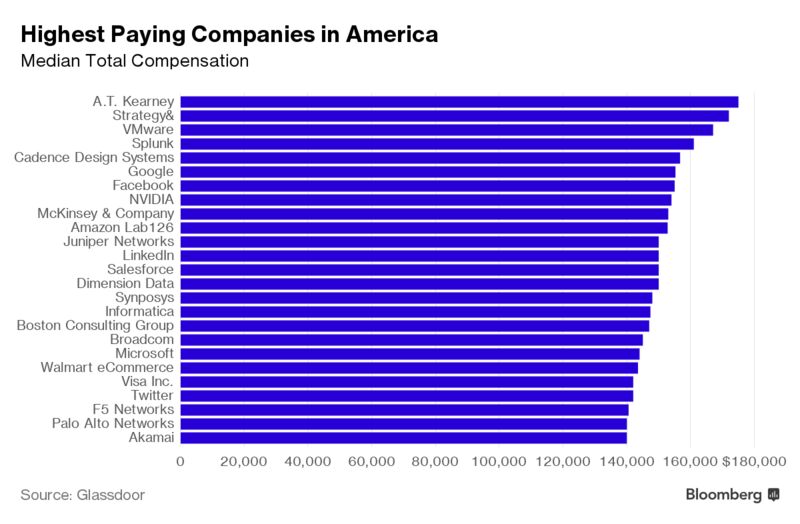 But just because a company pays well doesn’t mean you’ll like working there. Those two key reasons for working anywhere often stand opposed. Strategy&, for instance, just has an average rating as a place where people want to work. This sort of divergence between pay and other aspects of a job goes for how much people respect their bosses, too.

“There is not necessarily a link between high pay and great leadership at a company,” said Andrew Chamberlain, Glassdoor’s chief economist. “We see companies on the list with CEOs who have very high approval ratings—and some with lower approval ratings.”

The most common refrain in reviews by current and former employees is that companies need to do a better job helping them balance work with their personal life.

Companies that address this conundrum seem to get more in-house respect. Chief executives of Facebook, McKinsey, and LinkedIn received some of the highest ratings. Facebook employees, noting similar concerns over work-life balance, said if you ask for a better arrangement at their company, management is typically receptive.