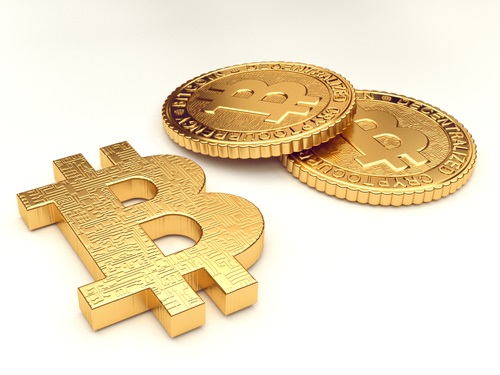 Bitcoin is a digital currency created in 2009. It follows the ideas set out in a white paper by the mysterious Satoshi Nakamoto, whose true identity has yet to be verified. Bitcoin offers the promise of lower transaction fees than traditional online payment mechanisms and is operated by a decentralized authority, unlike government issued currencies.

There are no physical Bitcoins, only balances associated with public and private keys. These balances are kept on a public ledger, along with all Bitcoin transactions, that is verified by a massive amount of computing power.

Bitcoin balances are kept using public and private "keys," which are long strings of numbers and letters linked through the mathematical encryption algorithm that was used to create them. The public key (comparable to a bank account number) serves as the address which is published to the world and to which others may send Bitcoin. The private key (comparable to an ATM PIN) is meant to be a guarded secret and only used to authorize Bitcoin transmissions.

A duplicate record of every confirmed Bitcoin transaction that has taken place over a peer-to-peer network. Digital copy is one of the security features of the Bitcoin platform that was implemented in order to tackle the problem of double spending.

The rise of cryptocurrencies became prominent in 2009 with the introduction of Bitcoin. One of the catalysts behind the creation of Bitcoin was the desire to operate in a currency that could not be controlled by any central authority. Unlike the U.S. dollar, which can have its value adjusted for inflationary measures by the Federal Reserve, the Bitcoin is independent of any controlling body. In fact, no one controls the Bitcoin. The Bitcoin operates through a decentralized system which means a network of independent computers worldwide communicate and transmit Bitcoin transactions and data to each other. However, transacting in digital currency using a decentralized system brought about a problem known as double spending.

The risk that a digital currency can be spent twice. Double-spending is a problem unique to digital currencies because digital information can be reproduced relatively easily. Physical currencies do not have this issue because they cannot be easily replicated, and the parties involved in a transaction can immediately verify the bona fides of the physical currency. With digital currency, there is a risk that the holder could make a copy of the digital token and send it to a merchant or another party while retaining the original. This was a concern initially with Bitcoin, the most popular digital currency or "cryptocurrency," since it is a decentralized currency with no central agency to verify that it is spent only once. However, Bitcoin has a mechanism based on transaction logs to verify the authenticity of each transaction and prevent double-counting.

Bitcoin requires that all transactions, without exception, be included in a shared public transaction log known as a "block chain." This mechanism ensures that the party spending the bitcoins really owns them and also prevents double-counting and other fraud. The block chain of verified transactions is built up over time as more and more transactions are added to it. Bitcoin transactions take some time to verify because the process involves intensive number-crunching and complex algorithms that take up a great deal of computing power. It is, therefore, exceedingly difficult to duplicate or falsify the block chain because of the immense amount of computing power that would be required to do so.

Hackers have tried to get around the Bitcoin verification system by using methods such as out-computing the block chain security mechanism or using a double-spending technique that involves sending a fraudulent transaction log to a seller and another to the rest of the Bitcoin network. These ploys have met with only limited success. In fact, most Bitcoin thefts so far have not involved double-counting, but rather have been due to users storing bitcoins without adequate safety measures.